Double Glazing Required In All Geneva Buildings From January, 2016 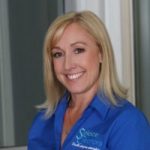 How can we make double glazing compulsory in Canberra?

It’s a question often asked by my friend, Karen Porter, of Solace Creations, Canberra’s leading double glazing supplier. It’s a worthy ambition, but it’s not likely to happen anytime soon in Australia’s Capital City (or where you live).

While Canberra is close to the most renewables/environmentally-aware jurisdiction in Australia, solar (residential, commercial and utility) and wind power get the most publicity, and support. For all that, double glazing COULD be made mandatory in Canberra. How do we know?

Well, on January 1st., 2016, it became mandatory to have double glazed windows in the famous Swiss city of Geneva.

Geneva is the headquarters of many of Europe’s United Nations Agencies, the Red Cross, and a global hub for diplomacy and banking. It’s famous for being the place where the Geneva Conventions on the treatment of wartime combatants and prisoners of war were signed. It’s also a city very aware of it’s energy consumption, and a determination to reduce it.

According to an article in the newspaper GHI, all homeowners in Geneva that still have single glazing in their homes at the end of January 2016 will be fined. Double glazing incorporating non-insulated aluminium frames will also attract fines.

Housing consumes half of Geneva’s energy and generates two thirds of its carbon emission. The canton estimates that a canton-wide window upgrade will deliver energy savings of 15%.

Many have criticised the tight deadline. Christophe Ogi, an architect and member of Pic-Vert Assprop.ge, an organisation that defends the interests of property owners says “there could easily be more than 20,000 properties, showing the scale of the task. I think the main objective though, is to get started”. According to Mr Ogi, most of the work relates to around 15,000 villas (individual houses) with old windows. Many of these are owned by old people who cannot afford the CHF 10,000 to CHF 15,000 required to cover a window upgrade. He thinks some will choose to pay fines instead.

Some have also pointed out that the canton itself has many buildings that must replace their windows.

Serge Hiltpold, president of the Federation of building trades says “the date imposed by the canton is unrealistic. We cannot do all the work required because the capacity to produce new windows cannot be increased infinitely. It would make sense to extend the deadline so that we can spread the work. We are not going to replace windows during the winter.”

The Canton is not budging

Despite the complaints, Olivier Epelly, the director general of the cantonal energy office is showing no signs of budging. He says that “if they don’t respect the deadline, in the absence of an extension, they are exposing themselves to fines.”

So there we have it- a major European city can mandate the fitting, even retrofitting, of double glazed windows. They can even exclude poor-performing aluminium frames without a athermal break. Further, they’ll even issue fines for non-compliance. That’s a model we could follow, particularly in our colder cities/Regions/States.

Link to the Official Document (in French). Learn more about double glazing in Canberra.